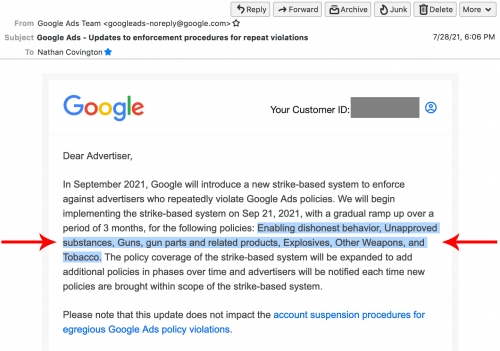 I love getting these types of letters from Big Brother: 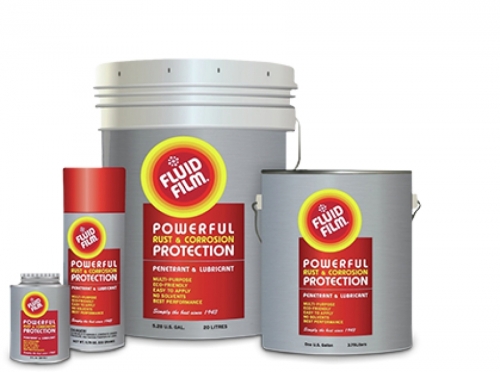 Editor's Note:
I just applied some of this "Fluid Film" to the underside of my 20-year-old Ford pickup truck and I'm very happy with the results.  You may have heard about folks who spray used motor oil on the underside of their vehicle to stop rust, and it works, but it's dirty.  This "Fluid Film" is a non-toxic alternative that anyone can put on their vehicle.  Unlike traditional undercoating, this is a light coating of oil that penetrates and protects your vehicle if it's already starting to rust.  If your car is brand new then I would suggest rubberized undercoating.  Otherwise Fluid Film is probably the way to go! 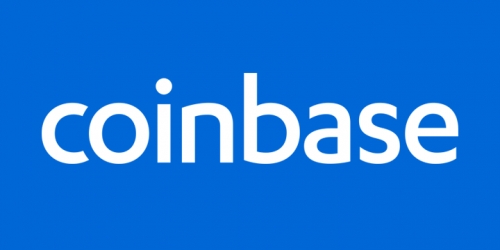 Your day-to-day wallet will probably be tied to a centralized bitcoin exchange, like a Coinbase account. With Coinbase, you can create multiple wallet addresses under a single account (suppose you have 3 or 4 businesses, each could have their own Wallet Address that gets used for receiving payments). I think of Coinbase as your starting point: you'll most likely be using Coinbase to convert your $USD-based checking account funds into Bitcoin (or whichever cryptocurrency you choose).

Do not be afraid of hugging your loved ones.

To those who have lost loved ones, who are suffering, grieving - you are not alone.

You are on this planet for a reason: a spiritual journey.

This is what a free country looks like:
I would rather die from hugging my family rather than stay at home, scared... to regret it later.

"He who fears something gives it power over him."
~Moorish Proverb.

Smart Meters: For the record... 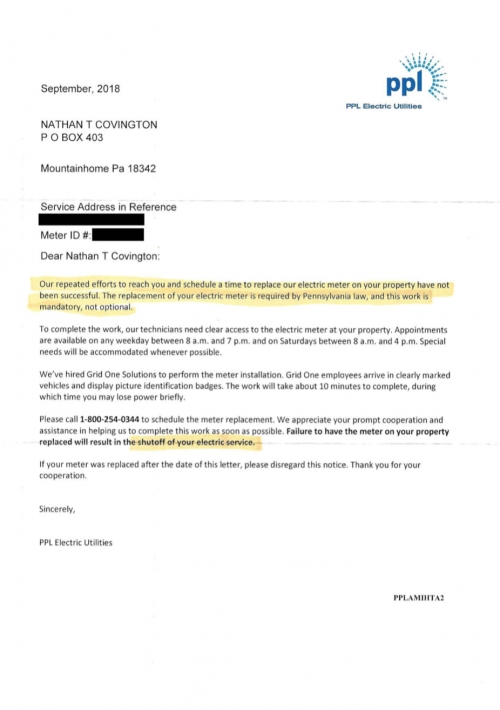 For the record, in 2018, the power company sent out multiple technicians to try and replace our smart meter.  I turned them away each time.  Only until they sent me this letter THREATENING TO DISCONNECT OUR POWER did we finally agree to let them install a new meter.

I've been "off facebook" for a long time now, but I stumbled across a well-written explanation as to WHY people are leaving.  Wanted to share:

Starting on November 19, 2019, we are discontinuing the use of Facebook. Here's why we are taking this step.

Back in 2011, Facebook was innovative, exciting and interesting. It was fun to organize and maintain a Facebook community around the web site. However, things changed over the years. Due to very strict rules about who sees our content, nobody can reliably predict what will be delivered to our page's subscribers and when.

Published in Blog
Be the first to comment!
Read more...: Discontinuing the use of Facebook
Monday, 19 November 2018 15:00 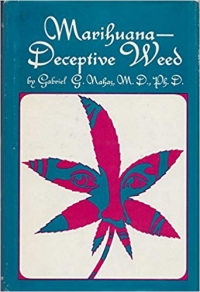 This book goes into lots of great detail and it discusses a 5000-year history of cannabis, citing a lot of studies and includes lots of data and charts.  BUT, it doesn't mention "Reefer Madness" and the anti-marijuana propaganda of the United States 1930's and 40's.  In my opinion, most of the research that the book cites in the 60's and 70's need to be taken with a grain of salt.  People who were participating in these studies had been essentially told that marijuana will make you lose your mind and go crazy.  So I believe a lot of them 'acted out' the way they believed it would affect them. 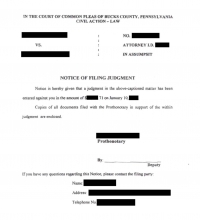 The following documents are not constituted to be legal advise.  Please consult an actual attorney if you have any questions about your case or particular situation.

I used the following as a reference when I purchased a Jeep from an out of state seller that majorly misrepresented the condition of the vehicle.  I won by default because they had no defense.  Easy, open and shut case.  So I am providing the information in hopes that it helps someone in a similar situation.

Published in Blog
Be the first to comment!
Read more...: How to represent yourself in court - PA local magistrate (small claims court) example
Monday, 30 July 2018 08:29

My wife and I had planned on having our first baby at home with a private midwife. Unfortunately, we were unable to actually have the baby at home, as my wife required magnesium via IV to keep her blood pressure down. We wound up having the baby in our nearest hospital, formerly known as Pocono Medical Center.  (In January 2017, Lehigh Valley Health Network absorbed Pocono Medical Center, which is the ‘primary’ hospital in the Poconos.  There is now a St. Luke’s hospital in the area but they don’t have a delivery / newborn facility... yet.)

This study is the first large RCT of a state-funded pre-k program and one of only two such studies ever conducted of a public preschool program in the United States. As such, it provides uniquely credible evidence in the area of early childhood education.

While the study found positive short-term effects on child achievement (at the end of the pre-k year), these effects dissipated as children entered elementary school and turned modestly negative by third grade. At the third-grade follow-up, the control group scored significantly higher in math and science achievement than the pre-k group. 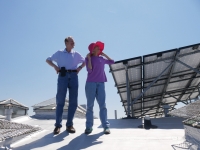 I recently came across this article about how a particular neighborhood in Brooklyn is creating their own micro-grid.  It can be attached to the main grid, when the power is up, and if the grid goes down, this little micro-grid in Brooklyn can operate on its own, at reduced power.  This would be a great addition to any community.  In particular for my part of the Poconos, how great would it be to set up some hydro-dams that operate in a similar fashion.

Published in Blog
Be the first to comment!
Read more...: Community Micro-Grids
Page 1 of 3