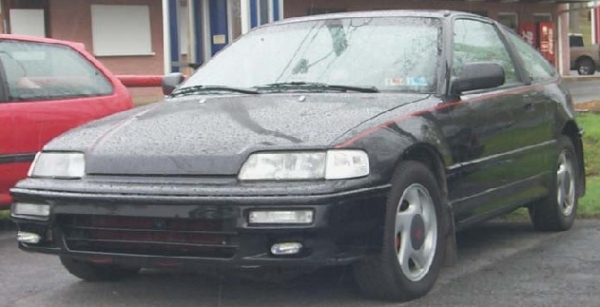 [Editor's Note: This was on my old web site, which I sold the domain name a few years back.  Re-posting]

This is my 1990 Honda CRX si.  Originally y-49 Barbados Yellow, I had her painted black and proceeded to get addicted to everything about it - the size, economy, power, and handling.  I had to sell it because the rear wheel-wells were rusting out and had already been "fixed" twice.

This system was built due to the excessive noise created by my intake and exhaust modifications.  Looking back, I certainly accomplished my goal and then some.  This is by far the best setup I've had in any of my cars thus far...

View the embedded image gallery online at:
https://www.natecovington.com/blog/ode-to-my-first-car-1990-honda-crx#sigProId397313364b
More in this category: « Security Implication for PenTeleData Email (your_name@ptd.net) Ode to my Jeeps (off topic) »
back to top
More Inspirational Quotes