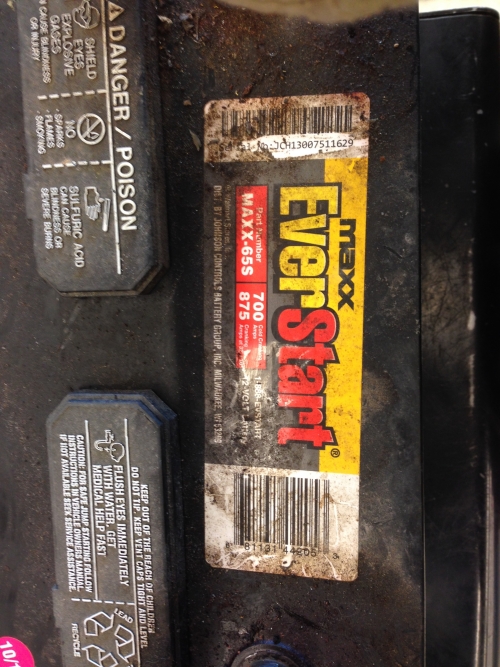 Do not purchase these batteries.  I bought my truck in 2014 and it had EverStart Maxx batteries in it that indicated a 10/2013 purchase date.  I assumed these batteries would be good for quite some time since they come with a 5 year warranty.

It turns out that my batteries were originally purchased in 2010, which is why WalMart was unable (unwilling) to replace them under warranty.  The warranty is only good for the original purchase.  I am fine with this part.  I wound up purchasing new batteries from NAPA, since everything WalMart sells tends to be junk, and they don't stand behind their products.

The problem is this: their EverStart Maxx battery has a 5 year warranty.  It's printed directly on the battery itself.  It should be fair to say that the battery is expected to last for 5 years.