The Lyme vaccine: a cautionary tale 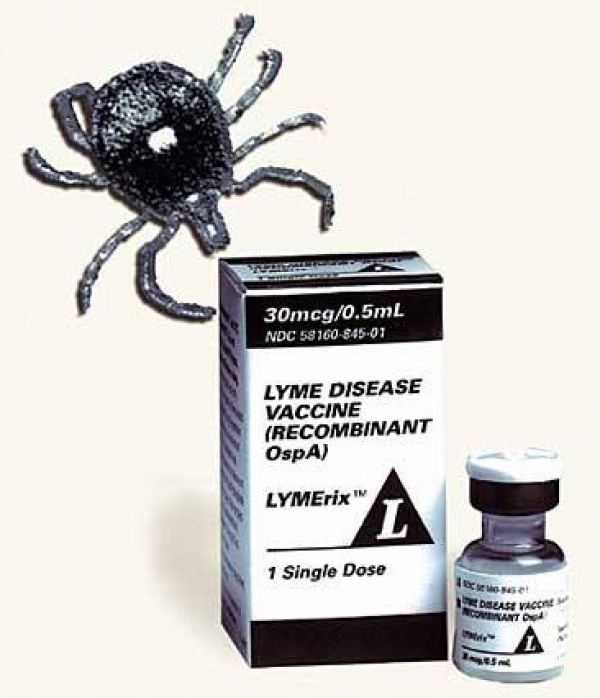 On December 14, 1999, a lawsuit was filed in the Chester County Court of Common Pleas, alleging that SKB manufacturer of Lymerix, the Lyme vaccine, failed to warn doctors and the public at large that about 30% of the general public could possibly be predisposed to a degenerative autoimmune arthritis that can be triggered by the vaccine. According to the complaint, the autoimmune reaction, once triggered, is unstoppable, and the victim can only be treated for symptoms thereafter.

Below is a link to a compilation of material on Covid-19 by Dr. Robert Bransfield, MD: 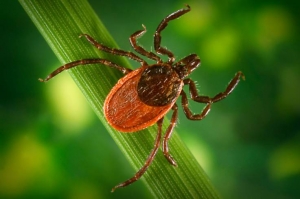 Last week, the U.S. House of Representatives quietly passed a bill requiring the Inspector General of the Department of Defense (DoD) to conduct a review into whether the Pentagon experimented with ticks and other blood-sucking insects for use as biological weapons between 1950 and 1975.

If the Inspector General finds that such experiments occurred, then, according to the bill, they must provide the House and Senate Armed Services committees with a report on the scope of the research and "whether any ticks or insects used in such experiments were released outside of any laboratory by accident or experiment design," potentially leading to the spread of diseases such as Lyme.

I know how it feels to be in pain, desparate, fed up with doctors... and the medical system in general.

I've been through the ringer, myself.  I had my tonsils removed at age 5.  My appendix at age 25.  And I was diagnosed with Lyme disease in 2017.  I've experience back pain that feels like getting stabbed with a knife.  My Lyme disease test results came back with "5 hot bands" when you only need 2 hot bands to be considered Lyme positive.  My Lyme progressed to the point where I had a 102-degree F fever and a case of meningitis (unofficially).  I didn't want to go to the hospital because I knew the only solution would be IV-antibiotics.

Why I bought a Spooky2 System 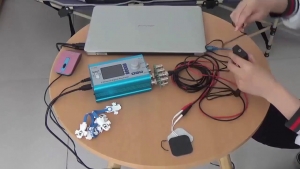 In my last blog post, I discussed the new doctor that I started seeing for treating my Lyme disease and coinfections. This doctor uses Bioenergetic testing, which I hadn’t seen or experienced before, and the machine itself really intrigued me.

I came home and started researching the technology behind it. The concepts make sense to me. There are nutritionists and other alternative doctors on YouTube showing their machines and how they work. And these people are busy helping patients. Why aren’t these devices ‘legal’ among normal doctors? Why aren’t we studying it more?

I went back to my doctor for a re-test, after my first round of shots. I came to him with a list of similar machines that I found on the internet and asked him more questions. 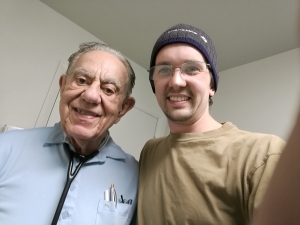 (This is a follow-up to My Story: How I was diagnosed with Lyme Disease)

I had certainly heard of Lyme disease before I was diagnosed with it. In fact, was tested for it 5 or 10 years ago, the test came back positive, and they put me on Doxycycline. (Surprise!)

There are several guys in my town that told me they see an alternative medicine doctor around 40 minutes away. After doing lots of research, and learning the “main stream” doctors prescribe Lyme patients LOTS of antibiotics (months at a time, sometimes by IV)... and after my initial experience with 3 months of Doxycycline, I decided I wanted to stay as far away from that as possible. The 3 weeks of Doxycycline made my body hemorrhage to the point where I almost threw up.  It ruined my appetite.  And I'm one of the lucky ones. 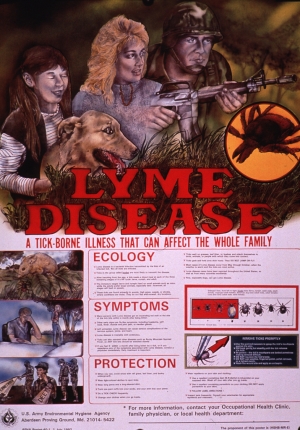 The general diagnosis and treatment of Lyme disease in dogs is similar to humans.  Dogs get the same antibiotic, Doxycycline.  And they show similar symptoms, including lethargy, joint pain (limping, particularly if the dog limps on the right leg on one day, and the left leg another), fever…

I also asked a local veterinarian about giving vitamins & supplements to canines.  Here is what they said:

My Story: How I was diagnosed with Lyme Disease 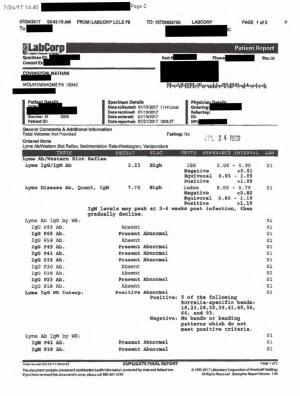 I was diagnosed with Lyme disease in July 2017.  I’ve generally been a healthy person, or so I thought, I weighed around 180 pounds which isn’t bad for someone 6 feet tall.  I have backyard chickens so that I have fresh, high quality eggs since 2015.  I’ve been seeing a chiropractor for almost 2 years.  Finally got my disk back into place in early 2016, for reference.  So I thought I was doing great.

I'm sharing the following story, thoughts, and follow-up in the hopes that it can help someone else going through similar symptoms.  I feel your pain, and know that there are solutions. 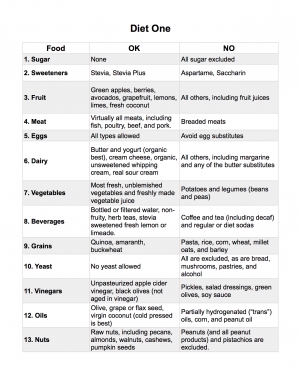 This is a one-page, quick and simple diet for reducing inflammation in the gut and body.  It helps get rid of yeast overgrowth like Candida.

There is no counting "points" or anything similar.  Eat as much as you want!  Most people find this diet to be a good "healthy human being" diet, and it may help with treating a wide variety of cancers, illnesses, and diseases. 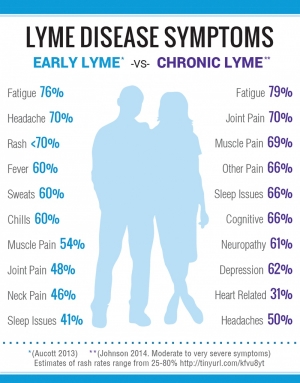 I was recently diagnosed with Lyme disease, and have since been researching Lyme disease identification, treatment, diet, managing stress, and even treating canine Lyme disease with vitamins and supplements - humans, too!

Here is a link to the guide that I posted on our local community website:
Pocono Lyme Disease Treatment Guide