Legalizing Backyard Chickens from a Former Chicken Outlaw and Attorney 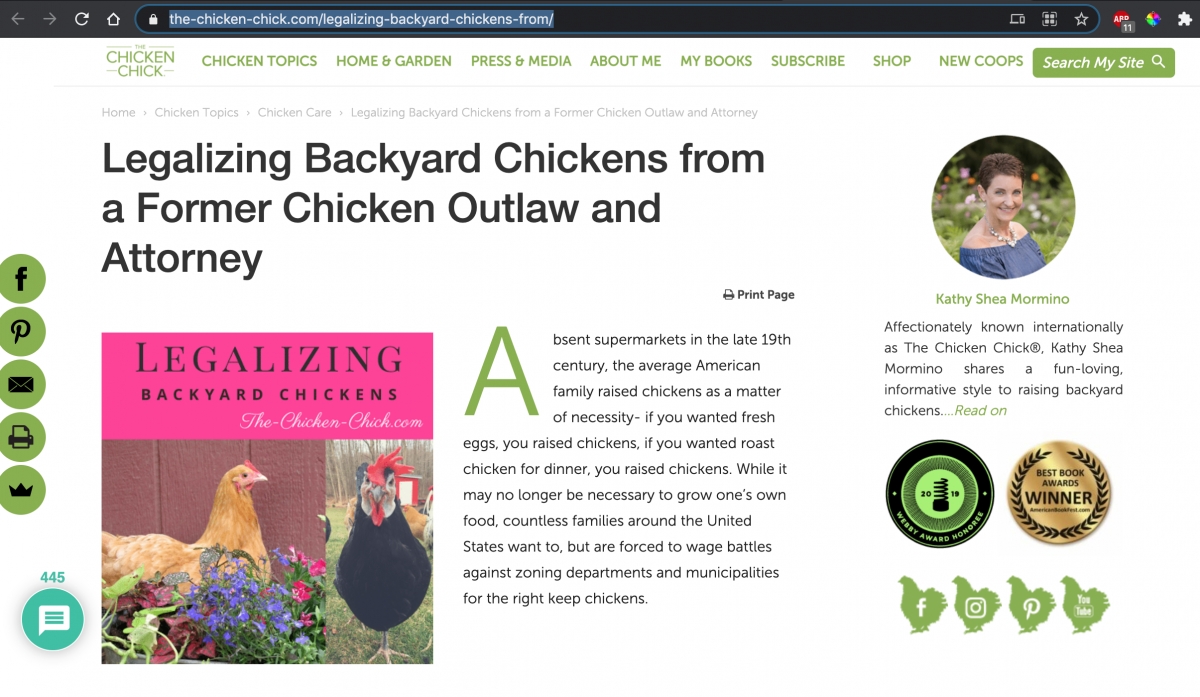 via the Chicken Chick:

How did we get to a place where raising backyard chickens is illegal in many jurisdictions? Being an attorney, I have a theory based in the history of zoning law, which will be important to understand if you need to fight lawmakers for the right to keep chickens in your town as I have.

Last modified on Thursday, 18 March 2021 10:24
Published in Homestead
More in this category: « Chainsaw Trick: How to Cut a Stump Without Jamming Economics of Food Consumption and Production »
back to top
More Inspirational Quotes