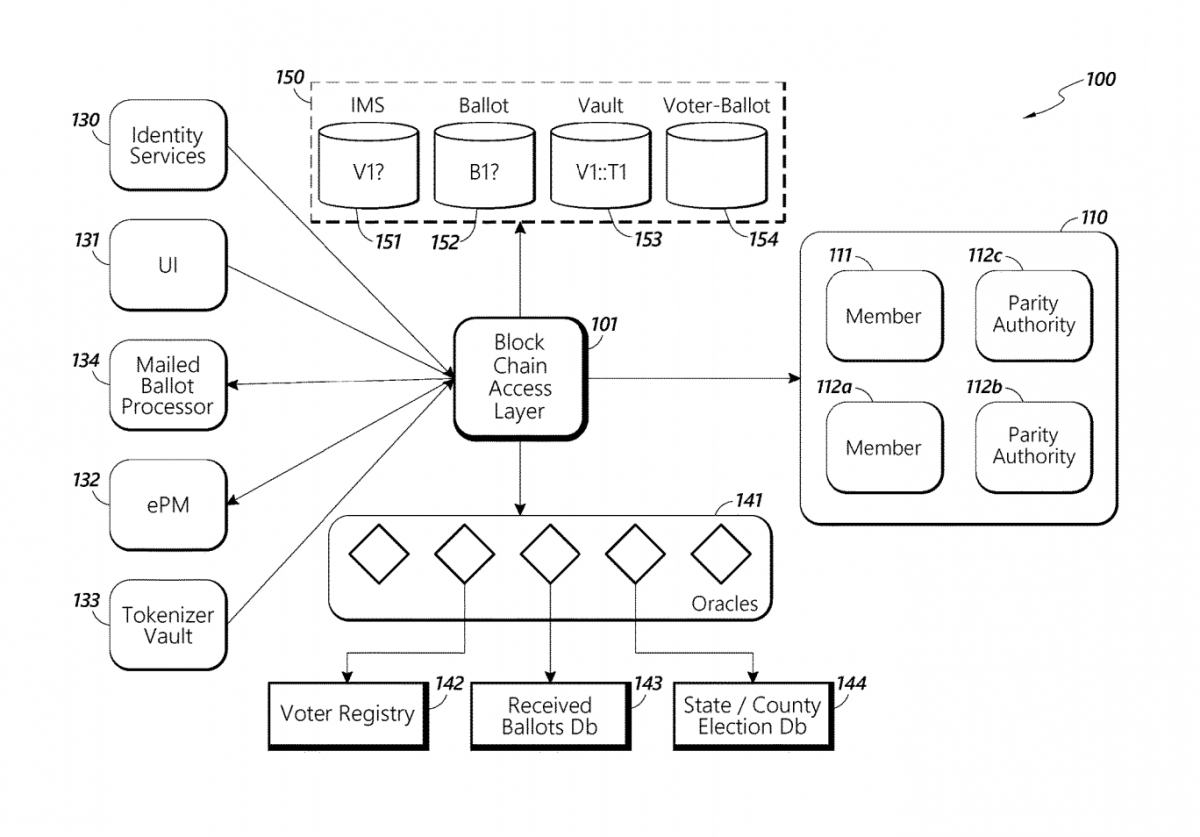 Blockchain has served as an effective Bitcoin platform "ledger" for a variety reasons: since 2009 it has proven resistant to tampering and hacking, it is decentralized, trackable, auditable, and open.  Instead of calling for a "recount" when races are close, a Blockchain-based vote counting solution would allow for accurate, real-time vote counting.

However, is it going to work? And How?
(I am seriously asking for help so please post a comment below if you can help sort this out!)

[Edit 3/1/21 @ 2:45pm EST]
Based on a handful of discussions I've had over the last few days, here are some additional thoughts on the issue:

a.  We generally want something like Blockchain to count votes because an open, transparent, computerized system is inherently more trustworthy than human beings.

b.  Therefore when looking at Blockchain by itself, it seems like a good idea, on the surface.

c.  However, blockchains are meant to be private and therefore an illogical choice for auditing the votes.  For example if you cast your vote, you can look up your "wallet ID" on the blockchain and see that your vote was cast correctly and counted.  However all of the other votes on the blockchain are anonymous: that's the main draw of using Blockchain for monetary transactions.  That means that you wouldn't be able to identify an illegitimate vote on the blockchain.  In other words, you have no way of knowing whether your neighbors voted, or someone voted for them.

d.  The other "trust limitation" with a Blockchain voting system is it would need to be tied into a government-issued ID system.

To summarize, we do need to find a computerized method for voter management and election transparency, but Blockchain doesn't seem to be a good solution, by itself.  The major obstacle is we need a method of authenticating each vote.

Edit 3/12/21: Some Links to Articles about Auditing Blockchain Elections

In response to all this, the USPS presented its patent on Thursday for a blockchain-fueled voting system, which would offer great solutions and facilitate voting, with political tensions on an all-time high and the pandemic continuing its spread.

Source: US Patent and Trademark Office

By moving the votes to a decentralized distributed ledger, the ballots could be transmitted at lightning speed. This transacting efficiency will in turn greatly reduce the ballots’ vulnerability to being tampered with. With blockchain technology continuously improving and having advantages on a multi-level, it has been reported by Forbes that the USPS Office of Inspector General had encouraged the Post Office back in 2016 to look into ways of leveraging the technology for their mailing services.

Also, as blockchain technology is increasingly leveraged to keep identities safe and secure on a digital platform, blockchain technology could be beneficial on numeral levels, to address 1) Financial Management, 2) Device Management, 3) Identity Services, and 4) Supply Chain Management. These four key points are outlined in the report filed by the USPS to the Patent and Trademark Office.

“Identity Services” is a key area in which the US Postal Service has always excelled at, as to identify theft, money laundering, and fraud are not foreign concepts that USPS has to deal with on a daily basis in the mailing industry.

Paul Madsen, the Technical Lead at Hedera Hashgraph – a distributed ledger technology invented by Dr. Leemon Baird, addressed this strength and feature of blockchain technology outlined in the patent as its selling point, though he makes clear that “blockchains are not a magic bullet for voting platforms.” one thing is clear, however, and that is that blockchain will provide security to a voter’s identity, and that is a key factor that Trump was concerned with when addressing mail-in votes.

In an exclusive interview with Blockchain.News, Dr. Leemon Baird, the inventor behind the distributed ledger technology Hedera Hashgraph, shared his views on blockchains and what is key to making them great:

“The thing about decentralized ledgers is that it isn’t good enough to just have a good algorithm, you need good governance. You need a way of building trust that more than two-thirds of the nodes will be honest. Because every algorithm can be corrupted if a third of the nodes are dishonest and the attacker can do things with the internet. Every system has that problem, and so you've got to have trust.” Blockchain Is Booming Worldwide

The US Postal Service is certainly not the only entity to leverage blockchain technology. There is an increasing number of adherents include US Senate’s Permanent Select Committee on Investigations, who released a report recommending blockchain use for votes by Congress. This has not been implemented yet.

2.  Going from Bad to Worse: From Internet Voting to Blockchain Voting

Voters are understandably concerned about election security. News reports of possible election in- terference by foreign powers, of unauthorized voting, of voter disenfranchisement, and of technological failures call into question the integrity of elections worldwide.

This article examines the suggestions that “voting over the Internet” or “voting on the blockchain” would increase election security, and finds such claims to be wanting and misleading. While current election systems are far from perfect, Internet- and blockchain-based voting would greatly increase the risk of undetectable, nation-scale election failures.

Online voting may seem appealing: voting from a computer or smartphone may seem convenient and accessible. However, studies have been inconclusive, showing that online voting may have little to no effect on turnout in practice, and it may even increase disenfranchisement. More importantly: given the current state of computer security, any turnout increase derived from with Internet- or blockchain-based voting would come at the cost of losing meaningful assurance that votes have been counted as they were cast, and not undetectably altered or discarded. This state of affairs will continue as long as standard tactics such as malware, zero days, and denial-of-service attacks continue to be effective.

Going from Bad to Worse: From Internet Voting to Blockchain Voting

Last modified on Friday, 16 April 2021 08:20
Published in Politics
More in this category: « Planet Lockdown: Katherine Austin Fitts Lockdown is Over? »
back to top
More Inspirational Quotes