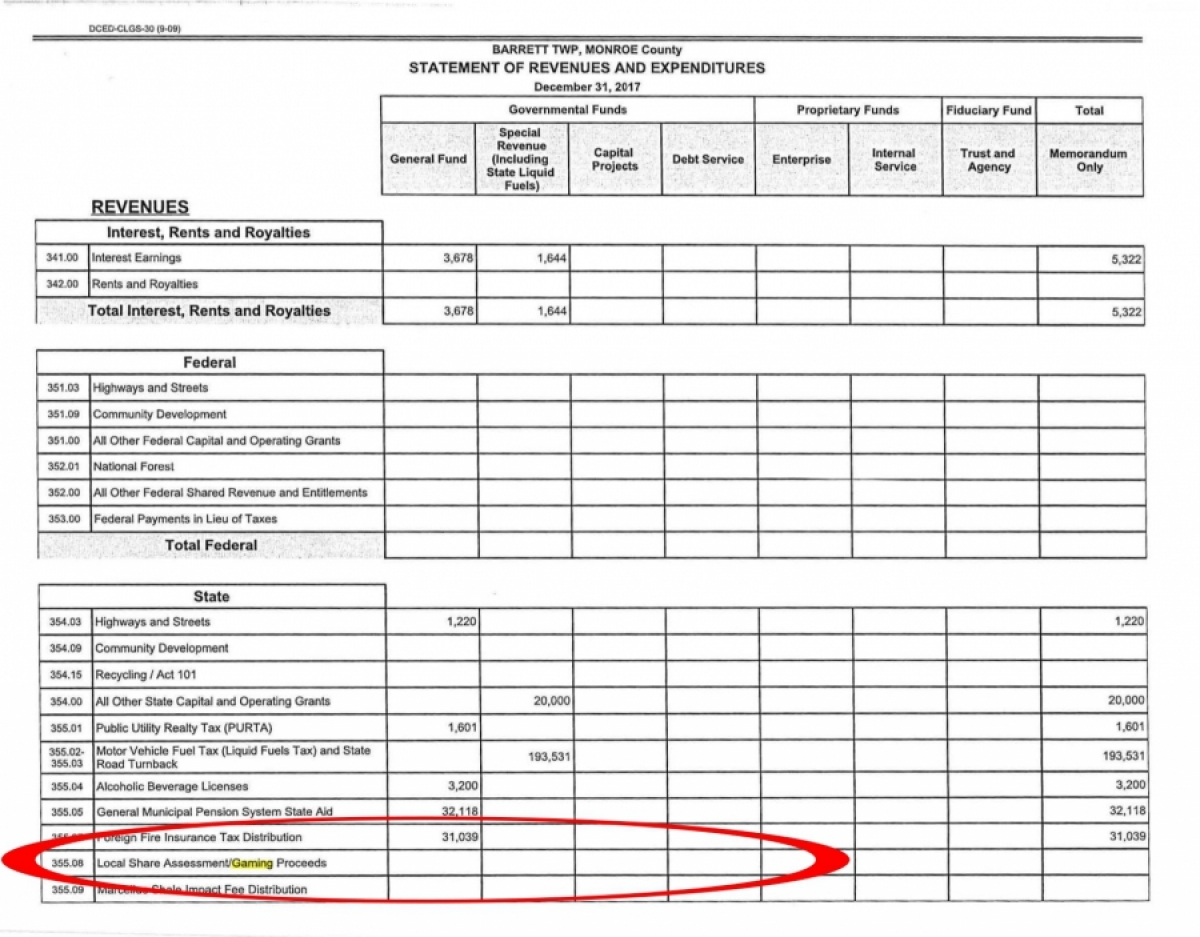 Disclaimer: The ideas expressed below are the personal thoughts and opinions of Nate Covington and do not necessarily reflect the position of Barrett Township or the Board of Auditors.

Please note that this article has been updated to include details about the $148,270 grant that was used to renovate the Barrett Firehouse.

Earlier this year, I filed a right to know request with Barrett Township requesting "documentation of all moneys received related to the Mount Airy Casino since 2014."

The response from the township was as follows:

My interpretation is the township has received $0.00 in gaming / casino funds since 2014.  My understanding is that every municipality in Monroe County is eligible to apply for these grants.

The latest report from DCED is from 2016 and you can review online.  Findings from this report include:

After looking through previous reports, findings contradict the township’s response to my request:

*DCED reports are not yet available for these years indicated.  However, I have reviewed the budgets for these given years and I don't see any references to Gaming / Local Share Assessment proceeds.

Update 2/27/19 @ 10am:
I inquired at today's Supervisor meeting about what happened since 2016 with respect to these funds.  Barrett Township did, in fact, receive a $148,270 Local Share Assessment grant which was used to renovate the Barrett Firehouse.  I asked which year(s) this grant money was received and was unable to obtain an answer during the meeting.  I will update this article as the information becomes available.

Last modified on Sunday, 28 March 2021 08:12
Published in Politics
More in this category: « Should the Barrett Township LST (Local Services Tax) be repealed? Can residents own their internet provider? »
back to top
More Inspirational Quotes