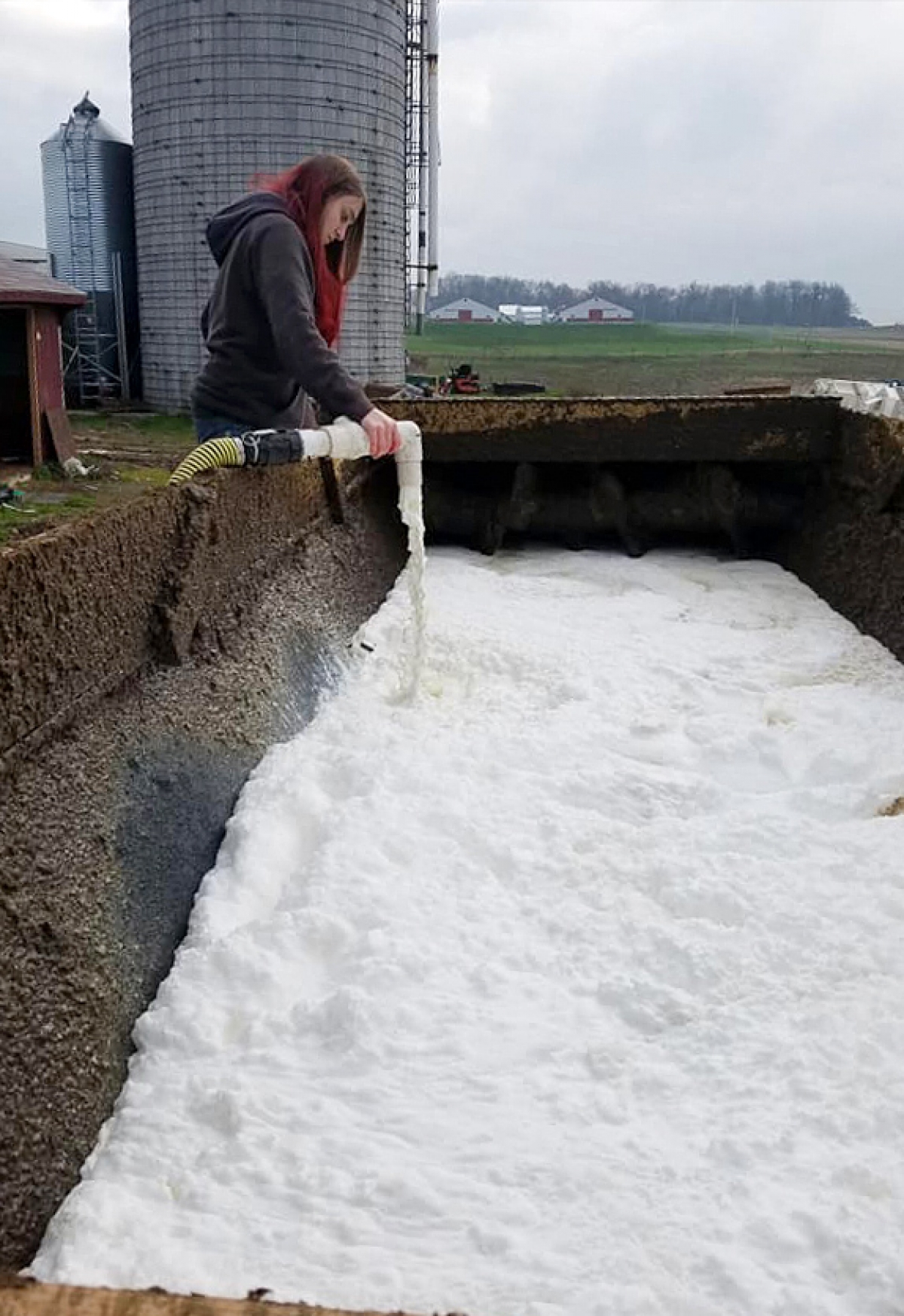 AUTHOR’S NOTE: There is no single “reason” why farmers are being forced to dump their milk and why stores are largely still limiting the amount that consumers can purchase this week. The situation is complex, and two rumors are confirmed to be untrue. First, there is no health problem or health-related plant closure, nor is there a shortage of gallon jugs, according to Department of Agriculture sources. And no, milk jugs are NOT made in China. Most milk processing plants have their own plastic blow-molds and U.S. companies produce them as well.

Now that a few rumors are out of the way…  Here is the industry narrative for plunging farm-level milk prices and reports of farms being forced to dump their milk. It goes something like this: Schools are closed, foodservice demand is stalled and exports are drying up. The first two weeks of so-called “panic buying” at supermarkets settled into a third week into the COVID-19 national emergency finding consumers continuing to ‘buy’ more milk and dairy products, but “not buying enough to overcome” the aforementioned sales losses…

It’s difficult to buy something that is not available or has store-level restrictions enforced on how much to buy. Interestingly, one week earlier, USDA reported Class I beverage milk usage quite differently and Nielson Global insights showed sales up exponentially (See more here and here)

While a full report is still in process, here’s my take below as filed for the midnight April 1 press deadline for Farmshine after exhaustive calls, emails, texts, messages, reports, and analysis of letters and forms that I am still pouring over for a more complete report for next week’s edition… One late breaking detail not found below, is that some farms were able to find private food pantries such as Blessings of Hope to take milk that was destined for dumping. In order to go to food banks, the milk needs a processor to pasteurize and bottle it or turn it into something like cheese. Another late-breaking detail not found below is the unofficial tally of milk dumped in the Northeast and Mid-Atlantic region north of 200 loads, and the Southeast could approach 150, meanwhile sources indicate large national footprint cooperatives handling nationwide farm milk supplies met a weekly demand increase in the East of twice that amount. The math isn’t adding up.