Prevention and treatment for novel coronavirus COVID 19 (via permies.com) 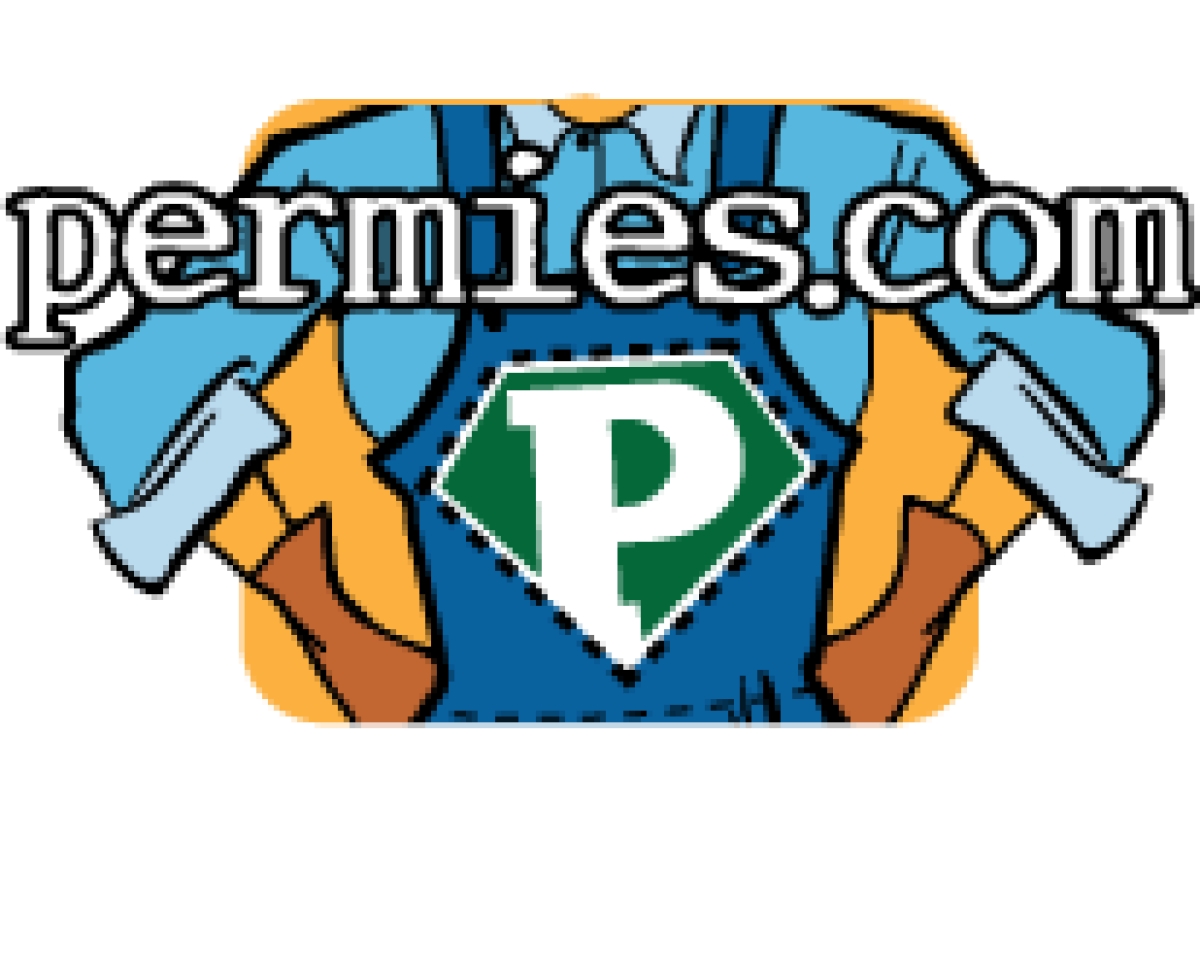 Here is my battle plan of the moment.

I seem to be sleeping the same amount I normally sleep.  But I am taking steps to make sure that it is super duper good sleep.   I nearly always go to bed at 9:30, so I am making sure I don't eat anything after 6.   Sometimes if I eat after six, something in my digestion will wake me up or keep me from getting to sleep.

I have canceled a lot of meetings.  I do feel a bit tired thoughout the day now.  I have continued with some meetings, but I might limit them to 30 or 45 minutes and tell the others to have low expectations of me.  A lot of stuff gets tabled for a week.

One thing that has made things easier is that my email river seems to be less than half of what it normally is.  So things are easier.

Rather than working a 12+ hour day, I think I am keeping it well under 7 hours a day.  And those 7 hours are at a pretty easy pace.  Around 3 in the afternoon, fred and I will settle in for about 2 hours of "television radiation therapy."   Since nobody here has a television, we sit in my office and watch netflix like stuff.

I find that actually talking takes a bit out - so I am trying to type more and talk less.

I am trying to emulate a fever.  I am trying to be just on the edge of being sweaty.  I am bundled up and the house temp is now 75 to 80.  We had to run the rocket mass heater for an extra hour one day to get it this warm, but it has been very little wood to keep it this warm.

I'm already on a pretty restricted diet that cuts out almost all dairy.  But I am allowed yogurt, mozarella cheese and ghee.  Jocelyn offered to make a me a lovely tomato soup and grilled mozarella cheese sandwich (gluten free bread, because I am not supposed to eat wheat).  She has made this before and it is crazy delicious.  I like to eat it with a little jam.  So freaky yummy.   But I declined.  I think that dairy is bad for me when I am sick.  I think dairy is generally not good for me.  It makes me tired and makes me need more sleep.  And if I eat enough of it, I feel like I get stupid.  It is super yummy and a great comfort food - but when I think about how i am probably fighting off coronavirus and because I am old and fat there is a 20% chance that I could die from a delicious grilled cheese sandwich - I managed to muster the courage to say "no thank you."   I think I should get a medal, or at least a bowling trophy, for turning down such deliciousness.


citrus and vitamin C stuff is good - except orange juice

The old standby for fighting off any cold.

Some people might be wondering why I exclude OJ:  I have heard it mentioned about 50 times - there is a weird thing about oranges.  They are the only citrus that generates lots of mucus.  And when you are trying to fight off a funk, it is good to have less mucus.

Normally, I eat a lot of apples.   And once in a while I eat pineapple.  I really like apples and pineapple.  But during these five days, I've moved the pineapple ahead of the apples.  I think pineapple is better for fighting colds for a bunch of reasons.  More vitamin C being one of the reasons.

I know there is a lot more I could be doing on the citrus and vitamin C front, but I am pretty lazy and, I think, getting plenty of vitamin C.   Maybe I will come up with something more today.

I keep plenty of organic crystalized ginger in stock.  If I have a sweet tooth craving, I ask myself "am I feel nauseous?"  If the answer is "yes" (very rare) then have some ginger.   If the answer is "no" then maybe just a tiny bit won't be be bad.  :)

It's not even that I'm that big of a fan of the stuff.   I keep around for its medicinal properties.  But if the sweet tooth monster shows up, it will usually be the only sweet thing in the house.

Jocelyn stocked my office with stevia sweetened ginger ale - a kind that has actual ginger in it.  I'm not really a ginger ale person.  I seem to not even be much of a pop person anymore.   Maybe once every two weeks I'll drink something sweetened with stevia.  But during these five days I try to drink one ginger ale after 6.   I think a tea of some sort would be ten times better, but I am just that lazy.

About five years ago somebody sent us some.  And we were supposed to keep it "just in case" but the people here dared each other to actually drink it.  So it was quickly gone as the dares got bigger and bigger.   More and more people sent us fire cider and eventually we got to the point that we kept some in stock.  And when anybody got sick or was on the edge of getting sick, they would take a tablespoon - a proper and respectful dose with no dares involved.   The general consensus is that it works and works well.  Purely anecdotal evidence, but people in general seem convinced.

In the last five days, about three times a day, I get the feeling in my throat that some sickness is trying to take hold and I hit it with a tablespoon of fire cider.   Every time, within about 15 minutes, that feeling is GONE.

Big assist to your body!  Flush out the funk!  Get that pee to be clear!

We have some.  About an hour after fire cider I try to take two teaspoons of elderberry syrup.  Much easier on the tastebuds than fire cider.

I have now been warned about 20 times that elderberry syrup is really good for preventing a cold, but should not be consumed if you are sick enough to be in bed.  It has something to do with how it sends more white blood cells to the lungs - and when your lungs are sick enough, there is such a thing as too many white blood cells.

Elerberry tea would be far better because it would have zero sugar.

We bought a bunch of air cleaners for forest fire season.  We replace the air filters on all of them and have them running at their lowest setting.   And they all have a UV light button - so they are all now glowing with a blue light.  So if the virus gets airborne, we have now deployed our robot army to fight!

You know what else makes for fresh air?  Fresh air.  At the warmest part of the day, we open all the windows in the house for ten minutes.  And I spent 20 minutes sitting in the sun on the front porch yesterday with the kittens.

Jennifer and Josiah might have it too.  Only everything for them is different.   Josiah is even working half days.  Some days they will even join me and fred for "television radiation therapy".   They are hitting the fire cider and on Monday, Josiah made a half gallon of new fire cider.

And when I started to show signs, they gave me a full, unopened bottle of mushroom immune support pills from fungi perfecti.  They said there was big discount for a big order, so they bought lots - long before the cornavirus monster showed up.  So they gave me my own bottle!  Cool!

But oysters do have a lot of zinc and zinc is good at fighting colds.   And I happened to have quite a few tins, so what the hell.  Once a day I would eat one tin.  And since they seemed to taste so good right now, I am thinking there is something in them that my body really likes at this time.

I haven't done this yet, but maybe I should.  I've been thinking that if I get authentically sick, the first thing I am going for is mullein leaf tea.   Jocelyn made a tea blend just for Fred and it contains mullein leaf.

It looks like Jocelyn was thinking ahead last summer and harvested some leaves and put them up to dry on the ceiling racks in the kitchen.  So I know we have mullein.  If I get desperate enough - I saw a young mullein plant near the front porch which looks quite healthy.

People eat heaps of this stuff everyday in an effort to live to be 150 years old.  The idea is that the silica in diatomaceous earth acts as a building block for all sorts of stuff in the human body - leading to greater reslience.  Coronavirus takes out lots of lung bits.  Fred seems to be on the tail end of this so I suggested that he might try this.  He says "maybe".

I ate a tablespoon of diatomaceous earth every day for a month to see if I noticed any issue.  Nothing.  People say that it does a lot to make for luxuriant hair and luxuriant nails.  I have no idea if it does anything spiffy for your innards, but I bet there are a million people that are certain that it does.

This thread already seems pretty packed with ideas. Most of the stuff I am doing has already been mentioned.  I think it is pretty cool that our community came out with a list of first rate stuff more than a month ago.

Maybe I should make some stevia sweetened lemonade or limeade.  Jennifer made some chicken soup last night with extra garlic.  Jocelyn brought by several soups several days ago which are now gone.

Anybody else feel like they are successfully fighting off coronavirus?

More in this category: « Can 5G exposure alter the structure and function of hemoglobin, causing coronavirus patients to die from oxygen deprivation? Ronda Rousey Shows Off Insane Coronavirus Doomsday Prepper Stash »
back to top