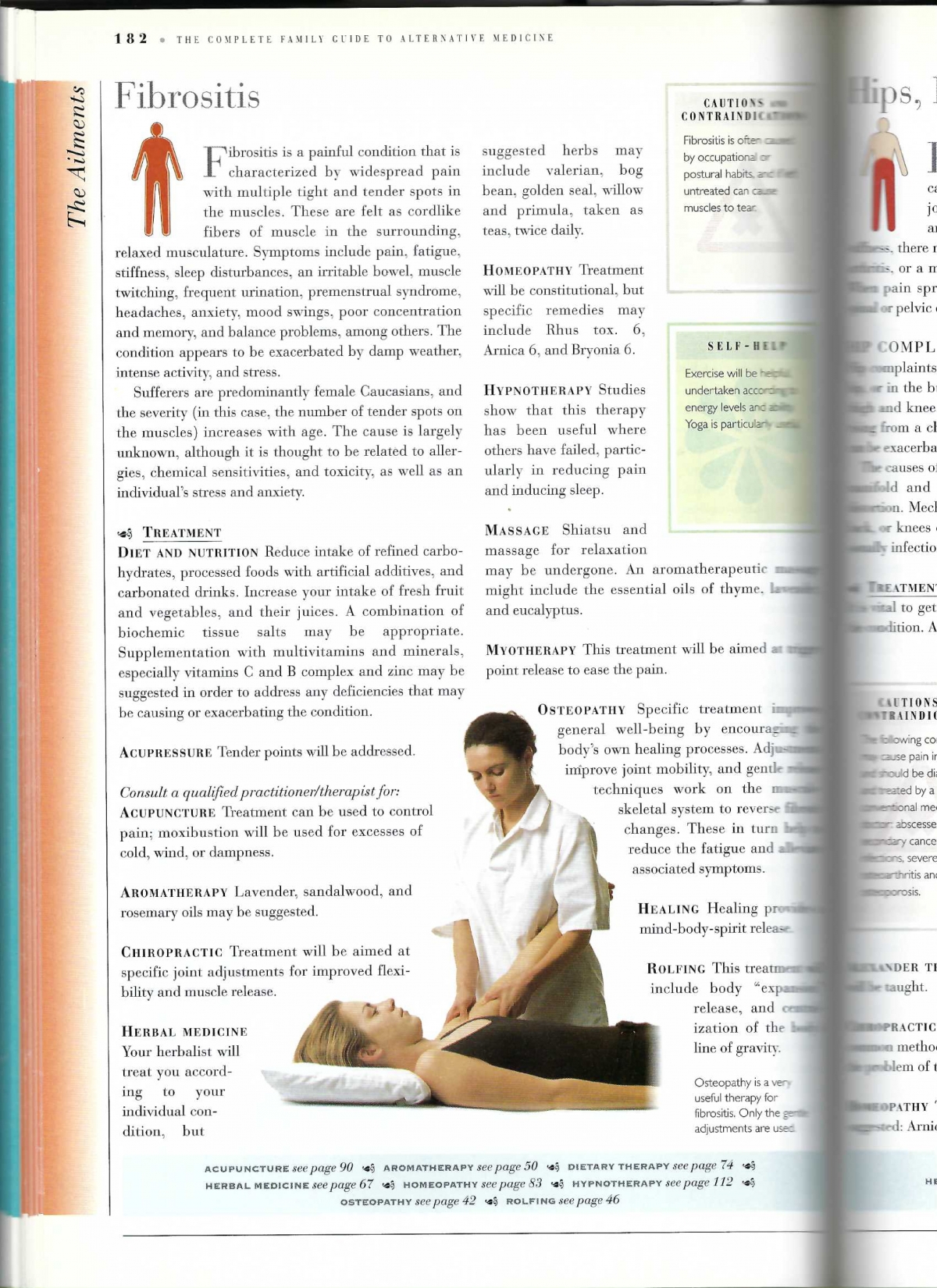 8 2 • THE COMPLETE FAMILY.GUIDE TO ALTERNATIVE MEDICINE

Fibrositis is a painful condition that is characterized by widespread pain with multiple tight and tender spots in the muscles. These are felt as cordlike fibers of muscle in the surrounding, relaxed musculature. Symptoms include pain, fatigue, stiffness, sleep disturbances, an irritable bowel, muscle twitching, frecp.ient urination. premenstrual syndrome. headaches, anxiety, mood swings. poor concentration and memory, and balance problems, among others. The condition appears to be exacerbated by damp weather, intense activity, and stress. Sufferers are predominantly female Caucasians, and the severity (in this case, the number of tender spots on the muscles) increases with age. The Cause is largely unknown, although it is thought to be related to allergies, chemical sensitivities, and toxicity, as well as an individual's stress and anxiety.

Do not be afraid of hugging your loved ones. 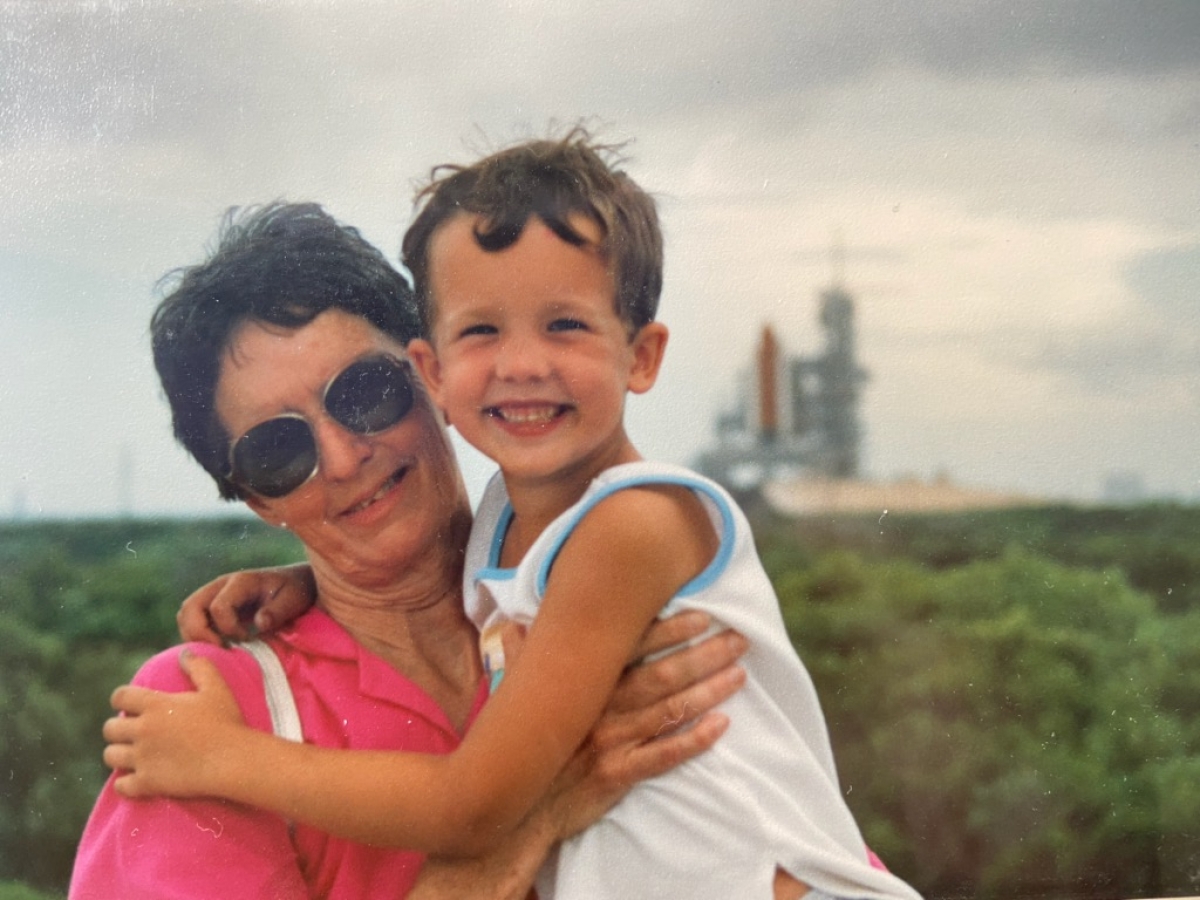 To those who have lost loved ones, who are suffering, grieving - you are not alone.

You are on this planet for a reason: a spiritual journey.

This is what a free country looks like:
I would rather die from hugging my family rather than stay at home, scared... to regret it later.

"He who fears something gives it power over him."
~Moorish Proverb. 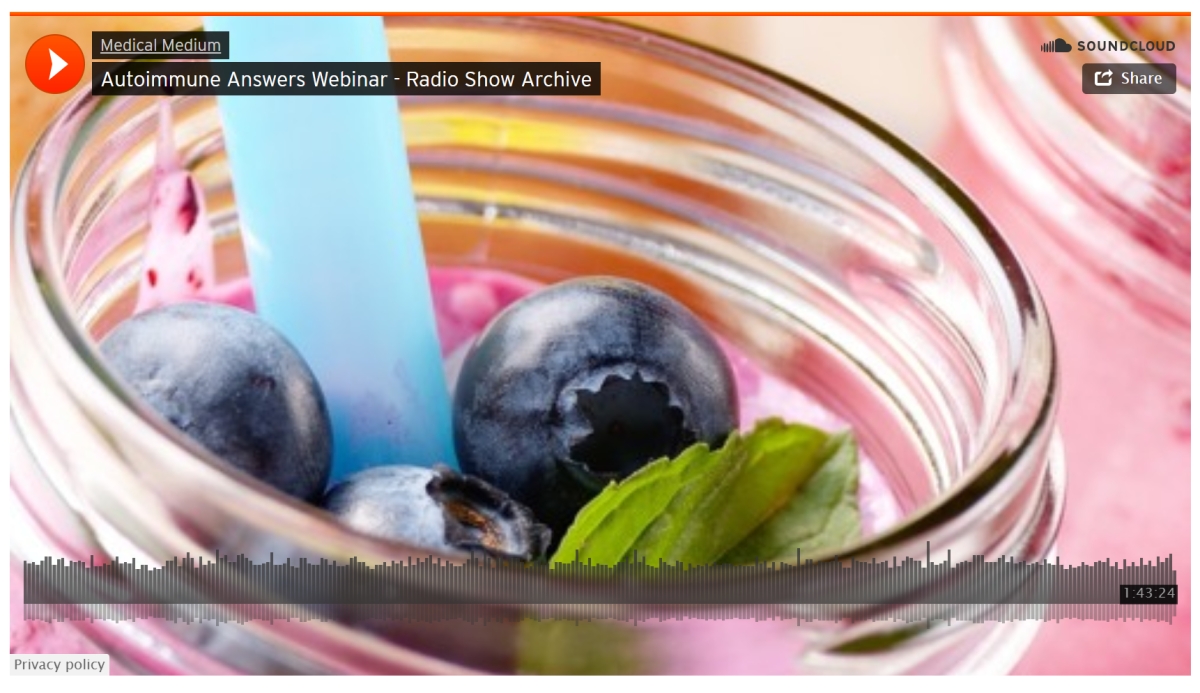 If you or someone you love have been diagnosed with an autoimmune disease, chances are you’ve been told that your body is attacking itself. Hearing this probably stripped you of hope that you can heal and left you feeling betrayed by your own body. Today there are countless mysterious diseases that have been labeled as autoimmune conditions. But the problem is that the concept of autoimmunity is inherently flawed and this mistaken theory only hurts you and your loved ones in the end. Surprised? When we believe our own bodies are attacking themselves, we are unknowingly hindering our healing process. Our immune systems can weaken in the absence of this truth: Your body never attacks itself. It’s always working for you and loves you unconditionally. It’s never been more critical for you and your loved ones to know and feel this truth in your heart. It will greatly support you and those you care about to heal.

Published in Health
Tagged under
Be the first to comment!
Read more...: Autoimmune Answers
Thursday, 09 July 2020 14:45

I've written and shared my own experience with Lyme disease before (and Spooky2 / biofeedback) and I found this really good video about COVID and the similarities w/ Lyme:

The Lyme vaccine: a cautionary tale 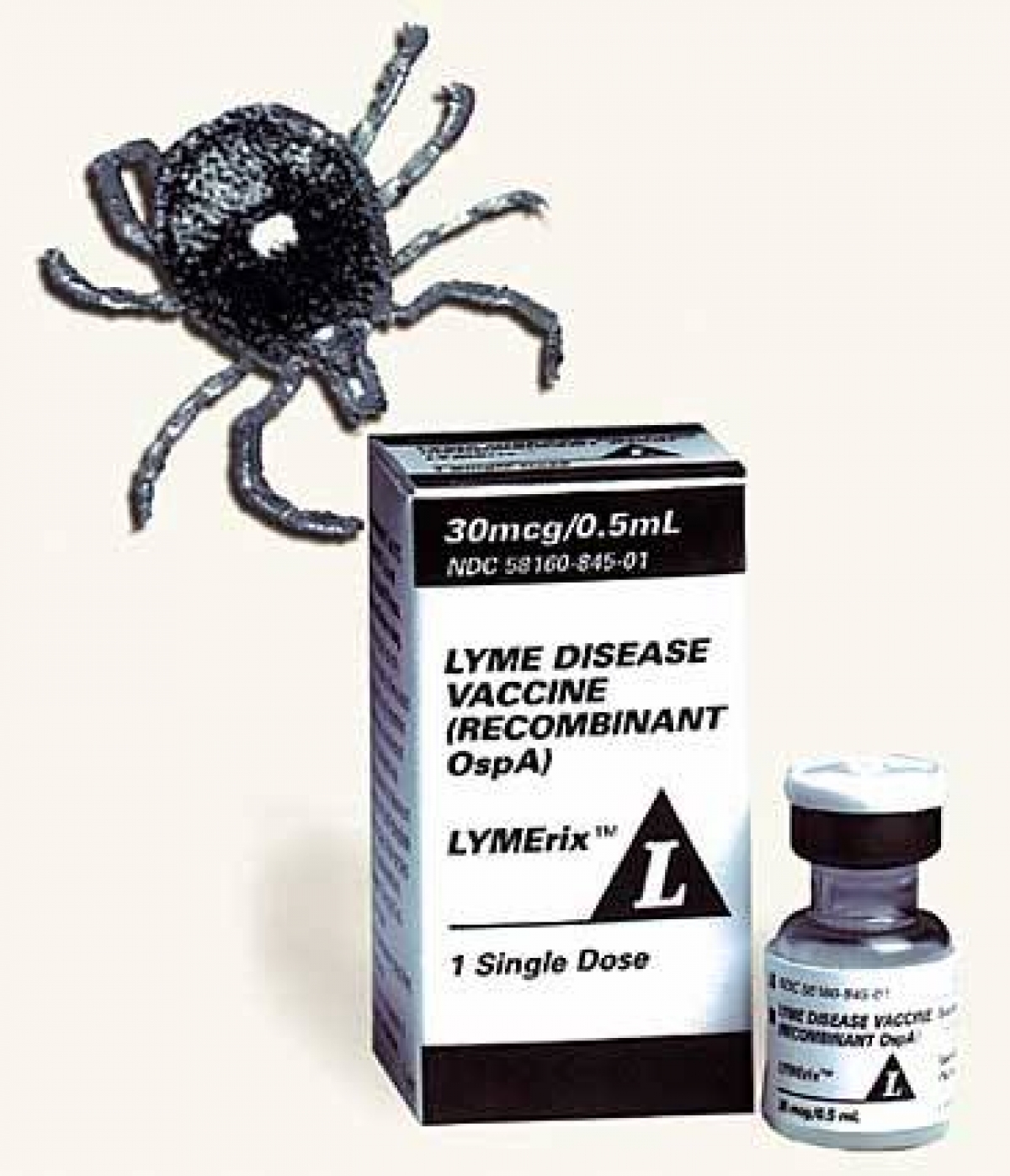 On December 14, 1999, a lawsuit was filed in the Chester County Court of Common Pleas, alleging that SKB manufacturer of Lymerix, the Lyme vaccine, failed to warn doctors and the public at large that about 30% of the general public could possibly be predisposed to a degenerative autoimmune arthritis that can be triggered by the vaccine. According to the complaint, the autoimmune reaction, once triggered, is unstoppable, and the victim can only be treated for symptoms thereafter.

Barr: ‘The Constitution Is Not Suspended in Times of Crisis’

Should the DOJ Watch Out for State & Local Orders That Infringe on Citizens’ Rights?

“Many policies that would be unthinkable in regular times have become commonplace in recent weeks, and we do not want to unduly interfere with the important efforts of state and local officials to protect the public. But the Constitution is not suspended in times of crisis. We must therefore be vigilant to ensure its protections are preserved, at the same time that the public is protected.”

Published in Politics
Tagged under
Be the first to comment!
Read more...: Barr: ‘The Constitution Is Not Suspended in Times of Crisis’
Thursday, 21 May 2020 12:31 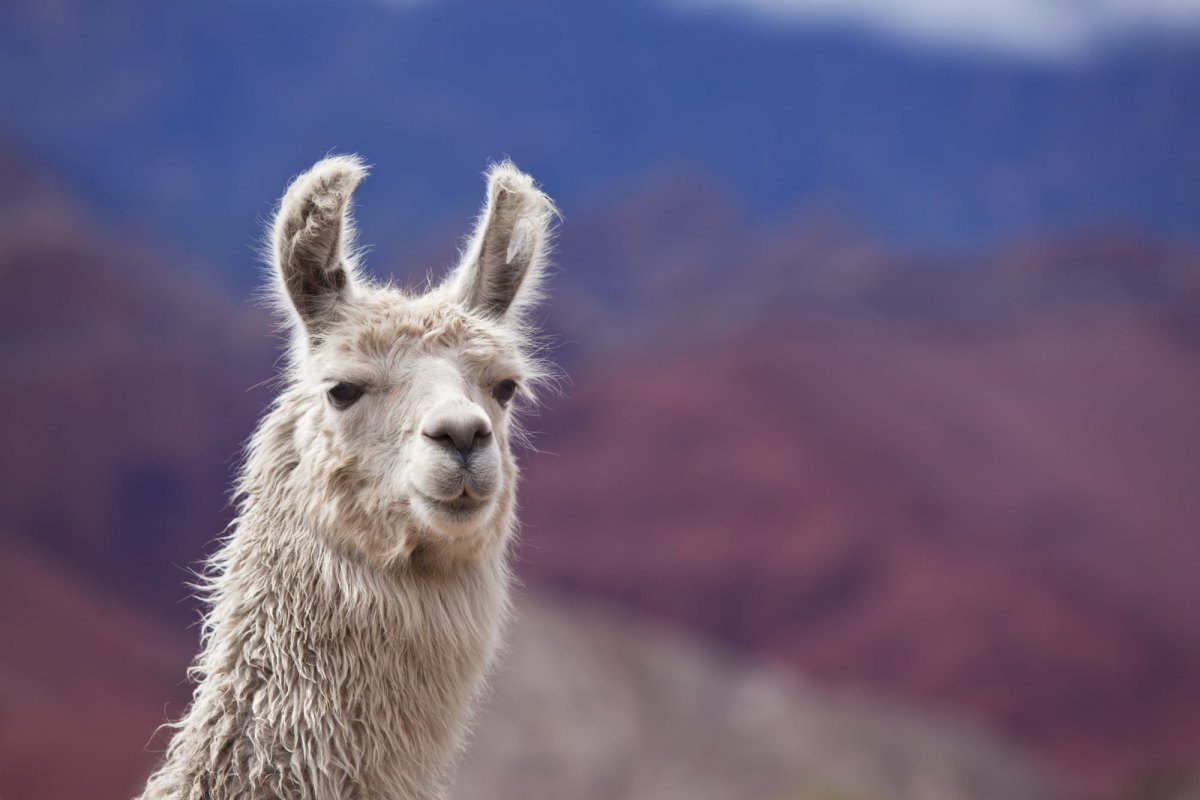 It's not the first time llamas have been called to action against viruses.

When you think about how scientists are researching potential coronavirus treatments, llamas—yes, those large, furry animals who are likely to spit when agitated—probably don't come to mind at all. But one group of researchers believe the camelids may have at least some answers to help stop the COVID-19 pandemic.

In a new study published Tuesday in the journal Cell, researchers—experts from the US, Belgium, and Germany—shared the news that llama antibodies may be better suited to fight COVID-19 than our own antibodies.

Published in Health
Be the first to comment!
Read more...: Llama Antibodies Could Help Scientists Get Closer to Stopping the Coronavirus Pandemic—Here’s How
Wednesday, 20 May 2020 11:51 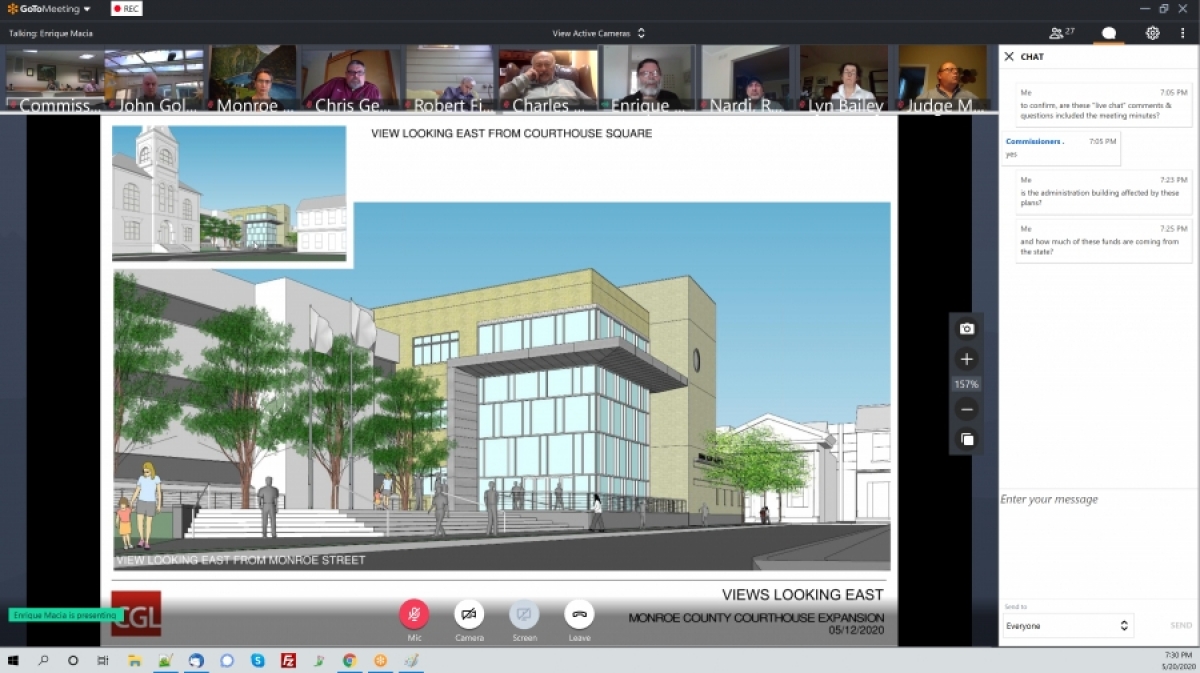 Update 5/20/20 @ 10:30:
I did some more research on the 2020 Census and it seems the driver in our area is likely part of the "Update Leave" part of the census, where they send drivers to areas without postal service.  However, the strange part is our area ALSO received those postcards.  Not sure why this happened, it should only be one or the other during this phase of the census.  FYI, the actual "Door knocking" part of the census begins on August 11, 2020.

Update 5/19/20 @ 8:40am - Message from neighbor:
Nate: This Census dude actually is a big question mark. I filed a police report on him. He dropped off somebody else's census on my porch. I drove around the neighborhood until I found the house it belonged to, and delivered it. He came back THE NEXT DAY and was attempting to come up my driveway to drop off another packet. I chased him off, but then grew suspicious. He has been wandering around the area for several days now. Since you obtained a picture of his car, I'm turning it over to the police to investigate.

Why are Census workers driving around, against "social distancing" orders, not wearing masks, in a "red county"?

I was surprised, let's say, when this 2020 Census worker pulled into my driveway on Saturday May 16, around 4pm.

Further, we had already completed the census online, on April 2nd!  He had no reason to even pull in.

Published in Politics
Be the first to comment!
Read more...: 2020 Census Workers: Not Following State Mandated Masking Orders
Thursday, 14 May 2020 08:55

Tensegrity and your fascia: a “whole body” approach to treatment.

When your body says, “Enough!”

Throughout life, your body is bombarded with traumas, big and small. The big traumas are easy to remember. But the small ones are often things you don’t even think of as traumas: a fall that you recover from within a week, a twinge in your back when you reach into the back seat of the car, a stiff neck after you sleep in an odd position.

Each time, your body compensates: to avoid pain, absorb the force of an impact, support poor posture, or work around a new movement limitation. It finds the path of least resistance.

Over time, you incorporate the compensations into your overall pattern of movement. Maybe you move differently to avoid pain, or avoid certain positions altogether. You may not even notice your “new normal”.

Published in Health
Be the first to comment!
Read more...: Tensegrity and your fascia: a “whole body” approach to treatment.
Thursday, 14 May 2020 08:47

"A Time for Choosing" by Ronald Reagan 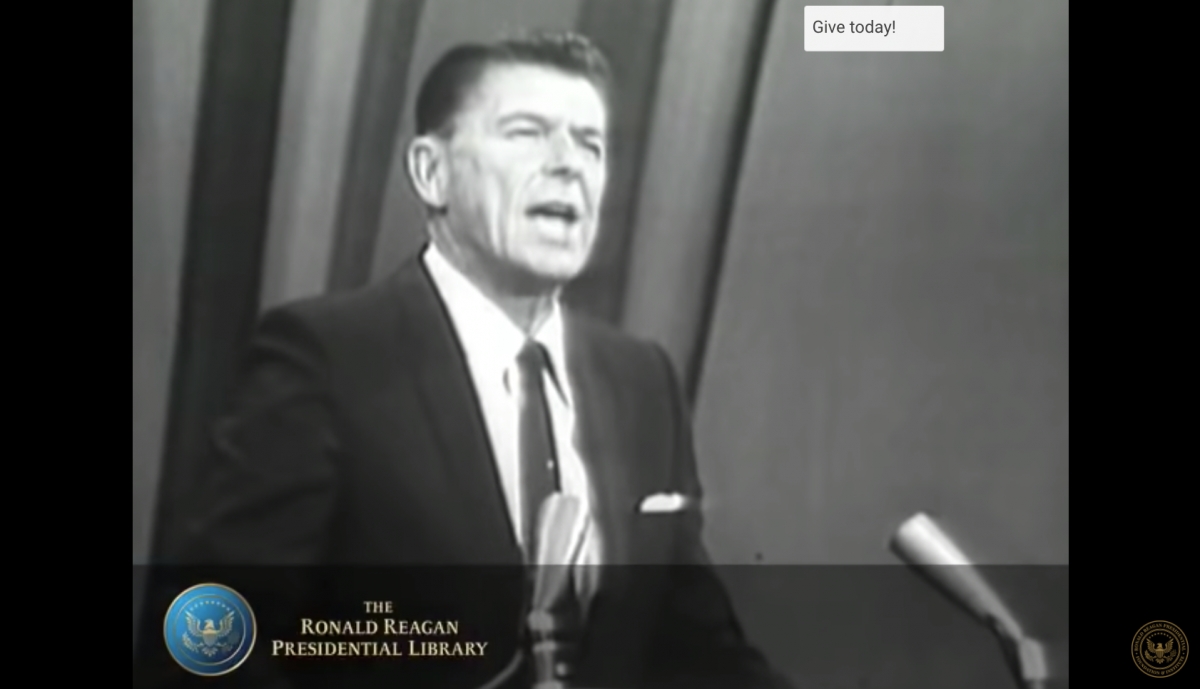 Transcript of "A Time for Choosing," delivered on national television on October 27, 1964

Notes on COVID-19 - an archetypal perspective

Please find an essay with some thoughts on COVID here:
http://www.laurencehillman.com/images/PDFFiles/Descent_into_Yin_Time.pdf

There is also a Podcast here
https://www.astrologyuniversity.com/saturn-pluto-covid-19/

Published in Health
Be the first to comment!
Read more...: Notes on COVID-19 - an archetypal perspective
Page 7 of 21
More Inspirational Quotes